Hi everyone!!!! It’s my turn on the blog today to share with you my most recent creation using lots of gorgeous Dusty Attic Chippies. Today I have a beautiful 12 x 16 inch canvas of my niece Delilah, using my favorite girly colors. 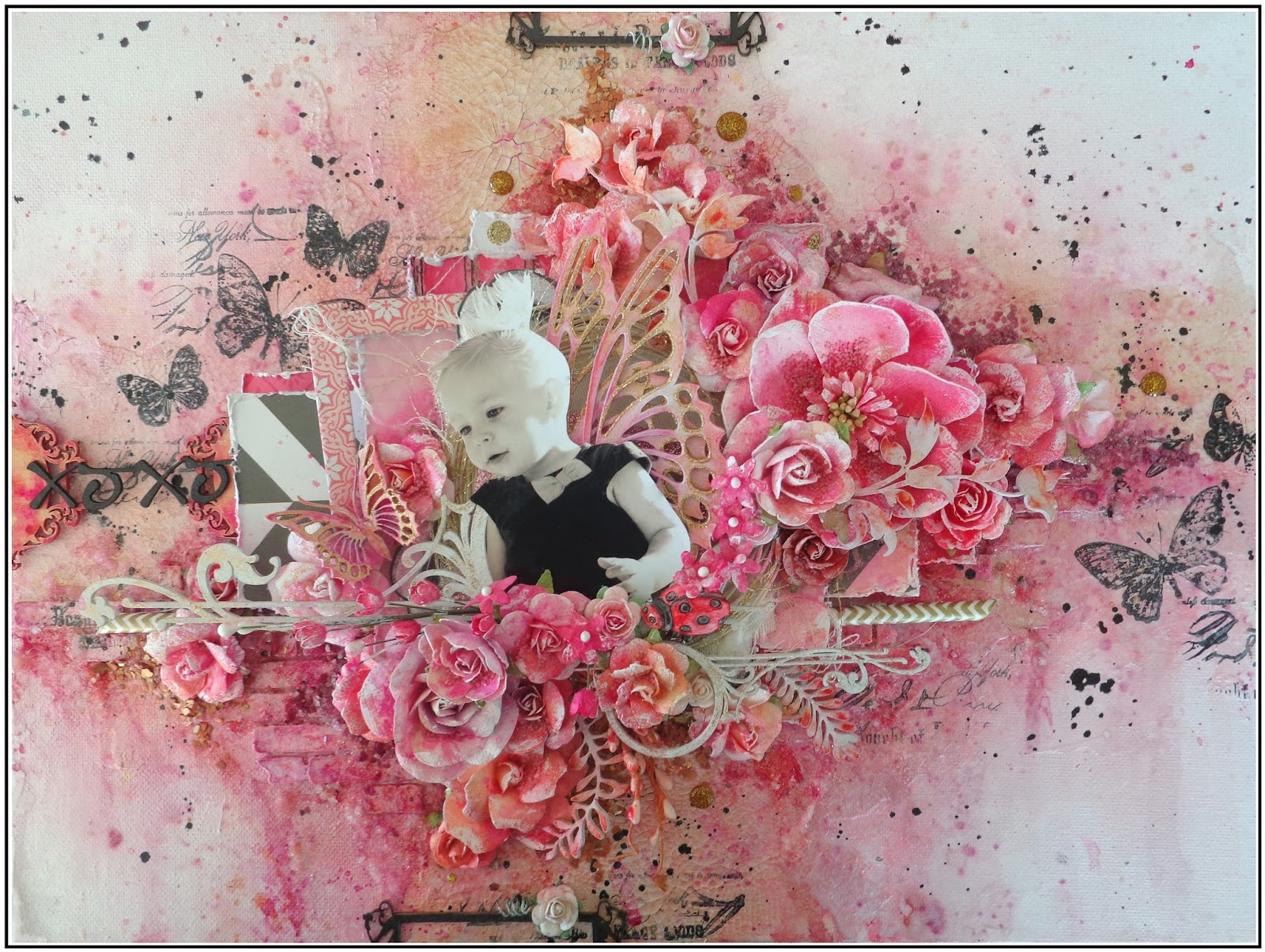 I have lots of close-ups for you too: 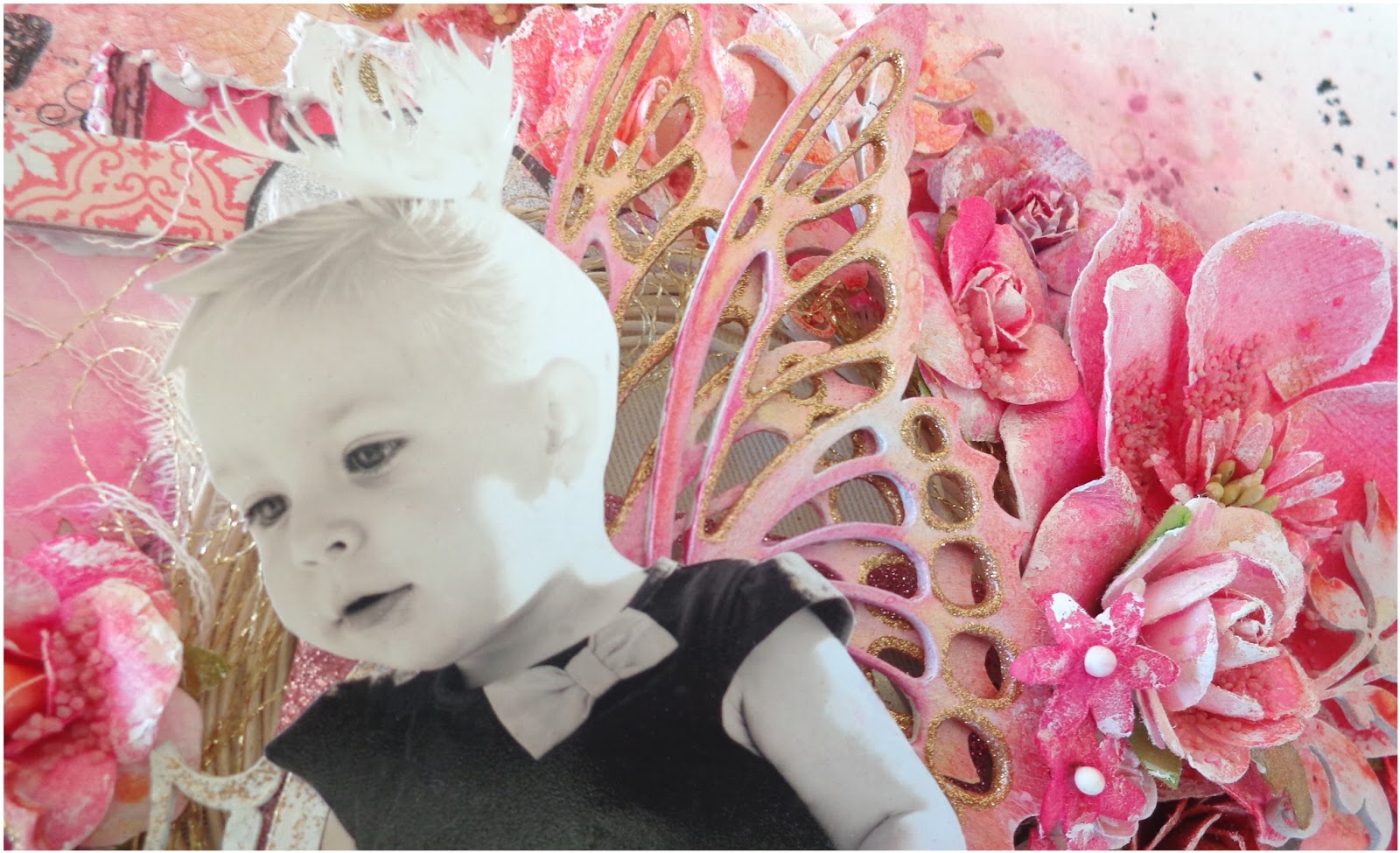 I have chosen this photo of my niece jumping on the trampoline which I then cut out as i wanted to create a ‘Fairy in the Garden’ type canvas and I loved how the wind blowing in her hair helped give the appearance she was flying.
I have taken the largest of the Monarch Butterflies, and cut in half, then turned one side upside down so that both of the wings were facing the same direction. They have been painted with gesso, Twinkling H2o’s and I have added detail with Gold Glitter Paint. I then taped the wings to her back adding a small foam square between them so that the front wing sat slightly higher than the one behind. 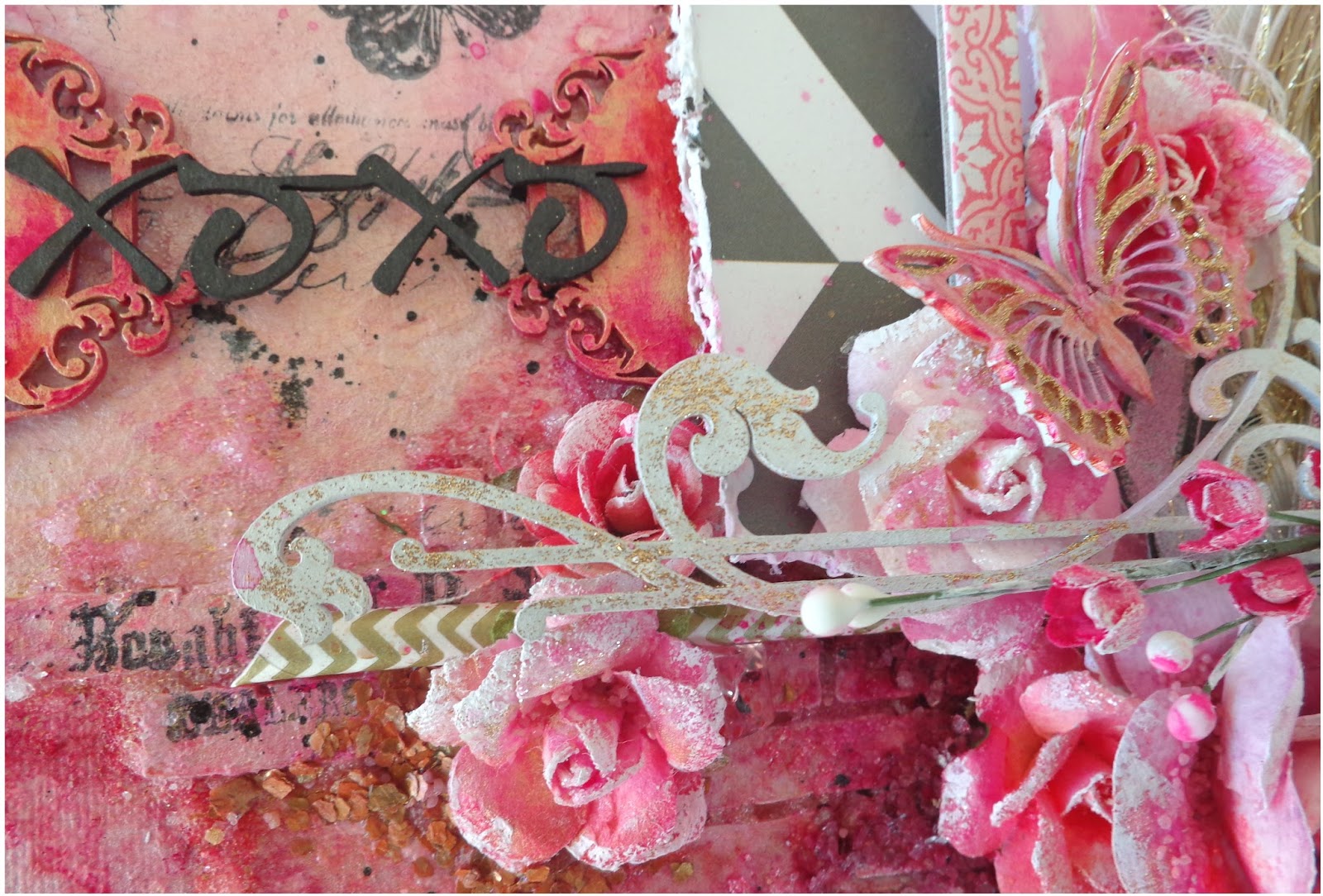 You can see here I have also added one of the smaller Monarch Butterflies to my canvas, painting it the same way as the ‘Fairy Wings’.
I have also painted a Cameo Ribbon Slide with gesso and Twinkling H2o’s, before cutting it in half, placing one on the edge of the canvas, and the other under my paper layers. I have then layered my title on top, ‘xoxo’ which I have painted with black ink.
I have used both the large and small of the ‘Decorative Frames #1’ painting both with Gesso, and Gold Glitter Paint. You can see part of the larger one in the photo above…… I have placed the photo of Delilah above the circle part of the frame. 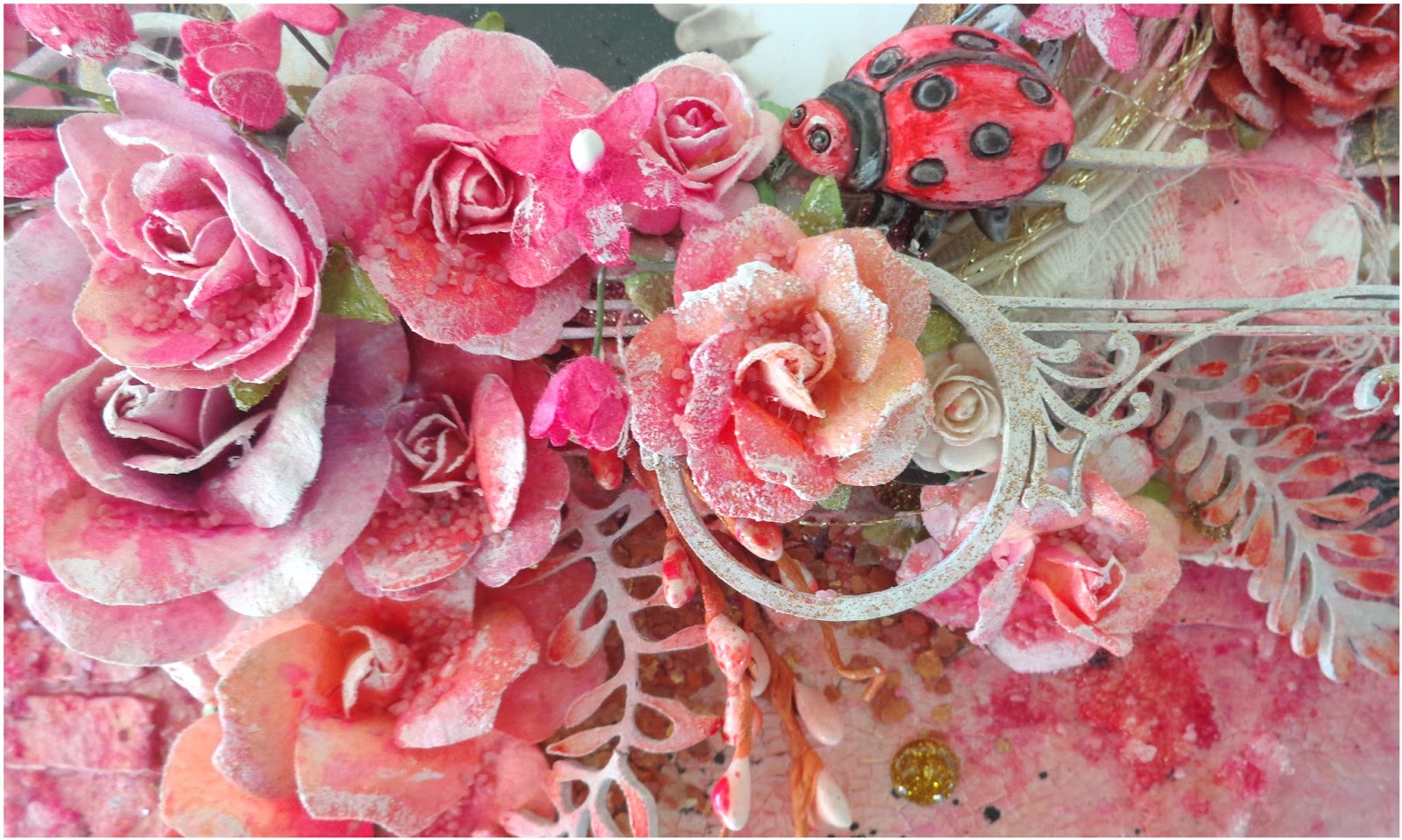 The smaller of the 2 ‘Decorative Frames #1’ has been placed just below and to the right of the larger frame, though this time I have turned it upside down. 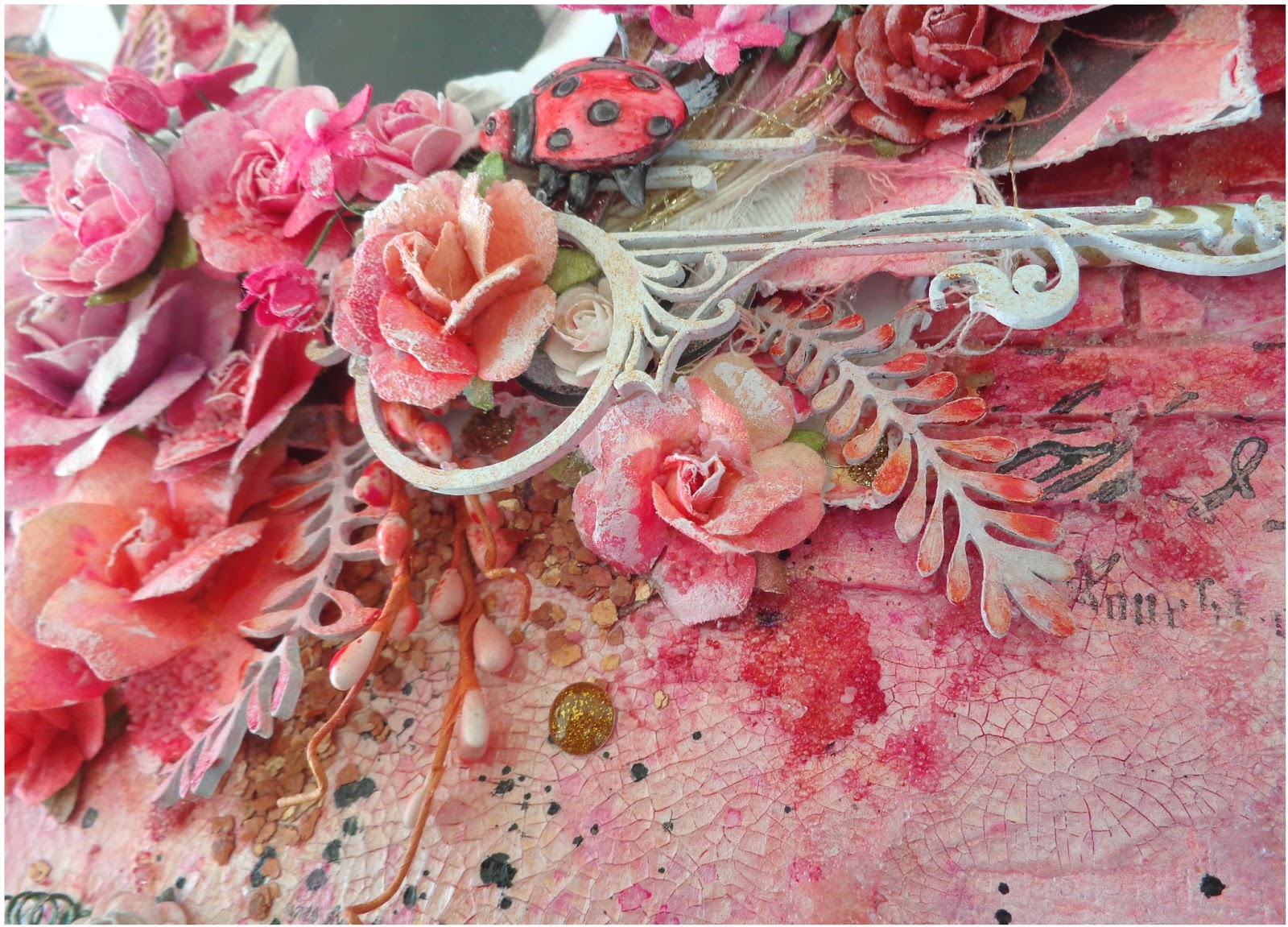 I have added into my flower cluster at the bottom one each of the ‘Foliage #3’ and ‘Foliage #4’. Both have been primed with gesso and the leaves brushed with Twinkling H2o’s. 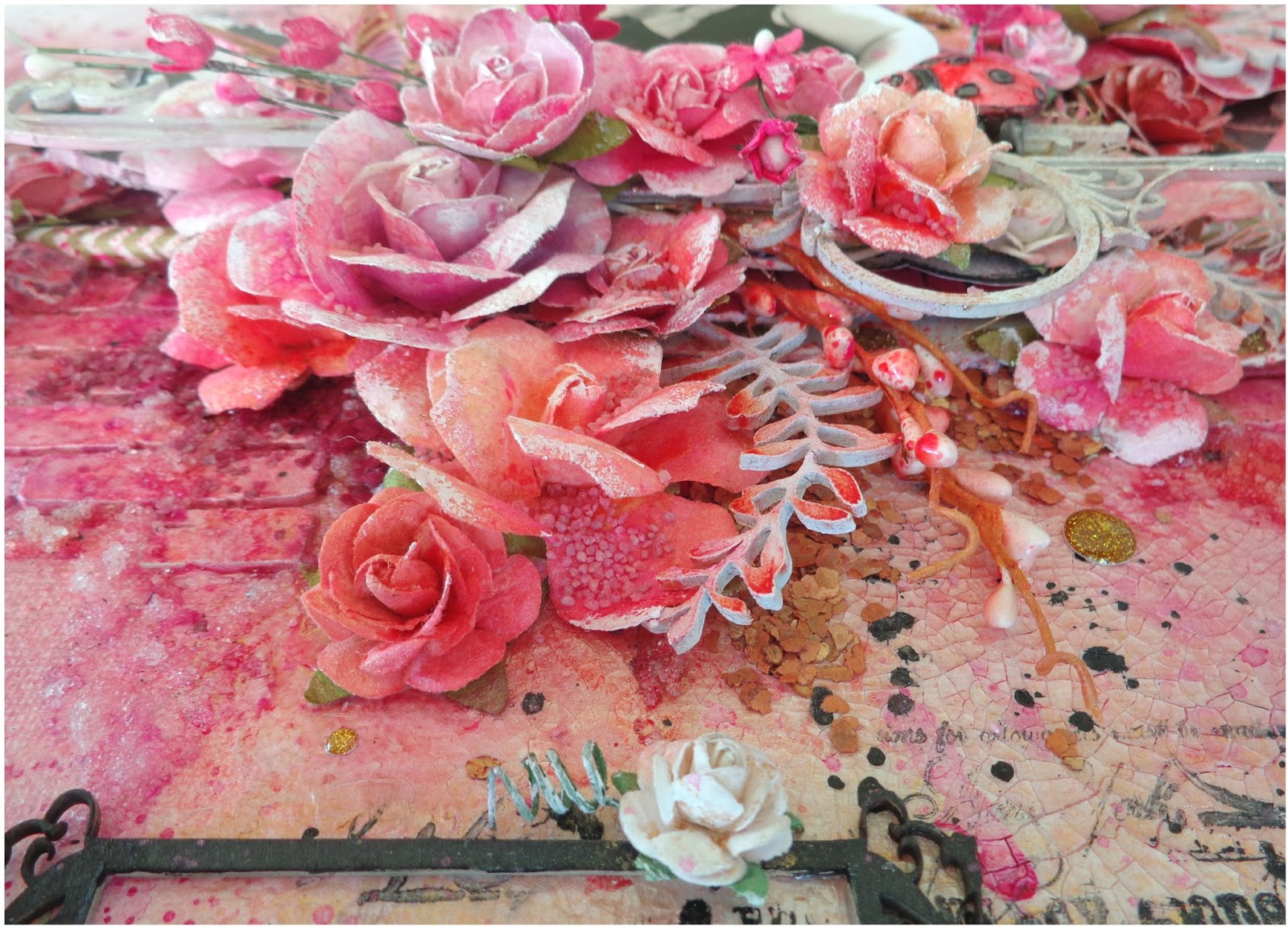 I have taken one of the longer plates from the ‘Nameplates #2’  and cut the center out to make a frame. I have then painted it with Black Ink and cut it in half lengthwise placing each half at the top and bottom of the canvas. I have also taken 2 of the larger leafy stems from ‘Foliage #2’ also painted white then brushed with Twinkling H2o’s. I have tucked the first one amongst my papers and flowers just behind the ‘Fairy Wings’ at the top of the canvas. 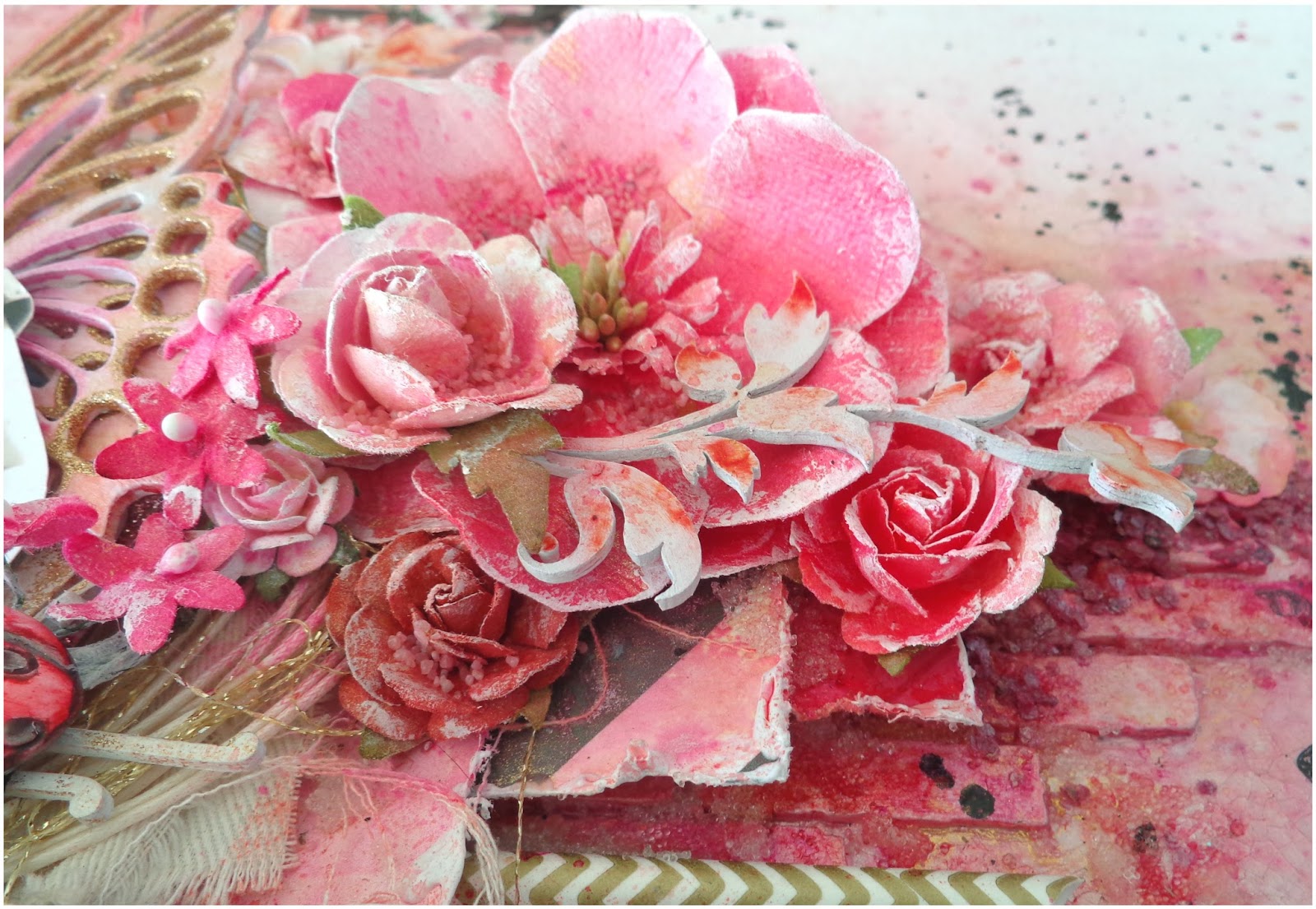 The second, I have placed to the right of the photo and canvas. 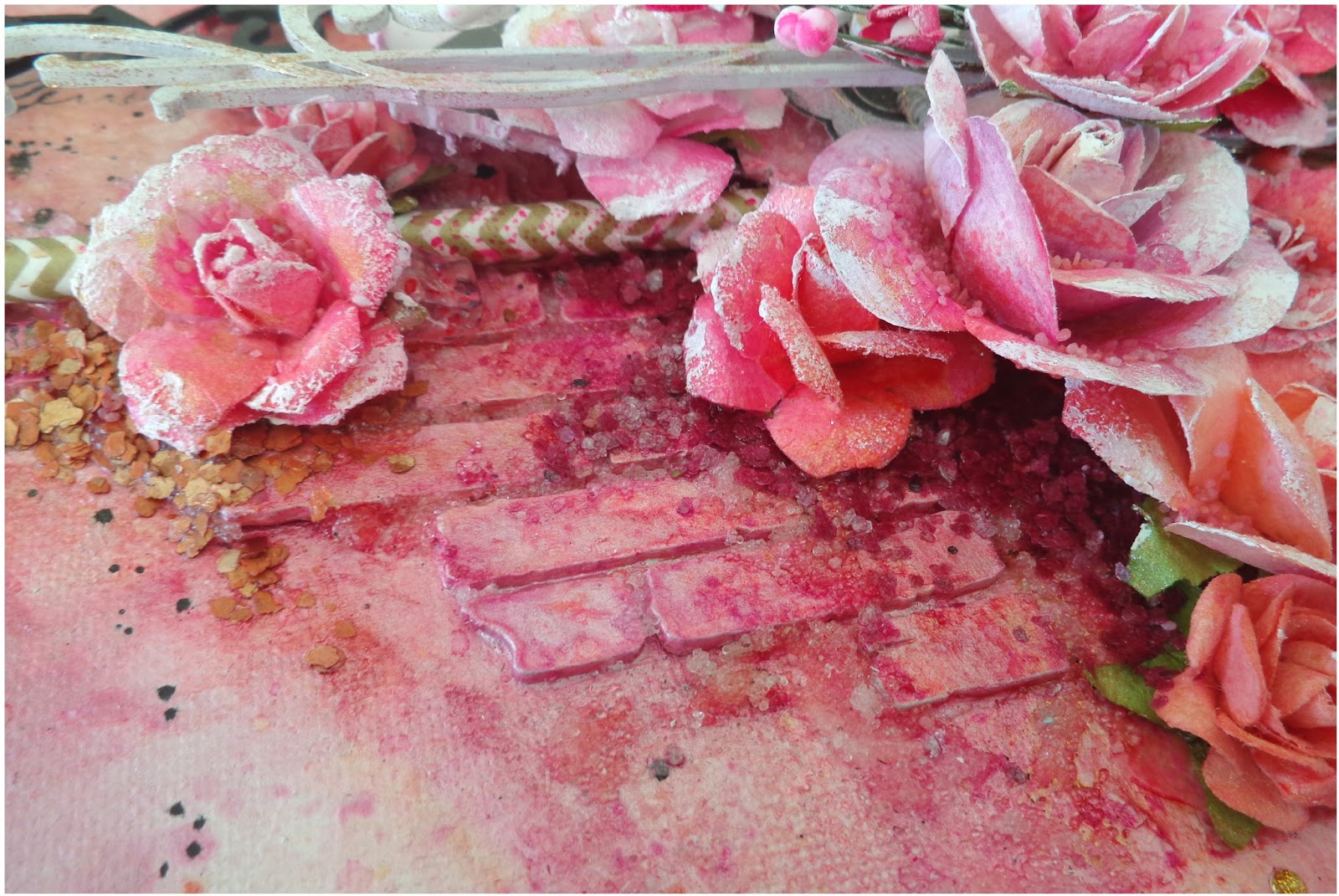 For my background I have decided to do something a little different. As I do not have a brick mask I instead chose to use the bricks from the Brick Wall Panel. I have used 1 and a half packs to create the background of my canvas. I began by punching out all the bricks then organizing them on my background….. Gluing them down as I went. Once the glue was dry I brushed on a few coats of gesso, using a smaller brush to get all the edges painted as well. I finished off by painting with mists and Twinkling H2o’s, and randomly scraping a mix of Gel Medium and Microspheres into some of the gaps between bricks.

That’s all from me today. I hope I have inspired you to pull out your favorite Dusty Attic chipboards and have a go at creating something fun and unique!!! 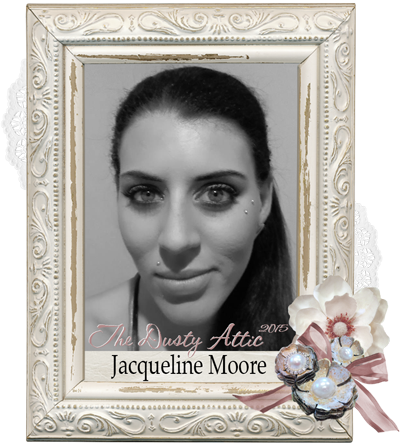