Good afternoon everyone
Tomorrow the 25th April 2015  is the
100th Commemorative Anniversary of ANZAC Day
which is one of Australia’s most important national occasions.
It marks the anniversary of the first major military action fought by Australian and New Zealand forces during the First World War.
ANZAC stands for Australian and New Zealand Army Corps. The soldiers in those forces quickly became known as Anzacs, and the pride they took in that name endures to this day.
There is lots of information of the War Memorial Website (link below)
WAR MEMORIAL WEBSITE
As Many of us will be attending “Dawn Service” and the Military Marches all around Australia and New Zealand, Jen (the Boss) has designed some special Chipboard pieces to help us Scrapbook the memories of the day.
(The armed forces are very close to Jens heart as a lot of her family have or are serving our country) 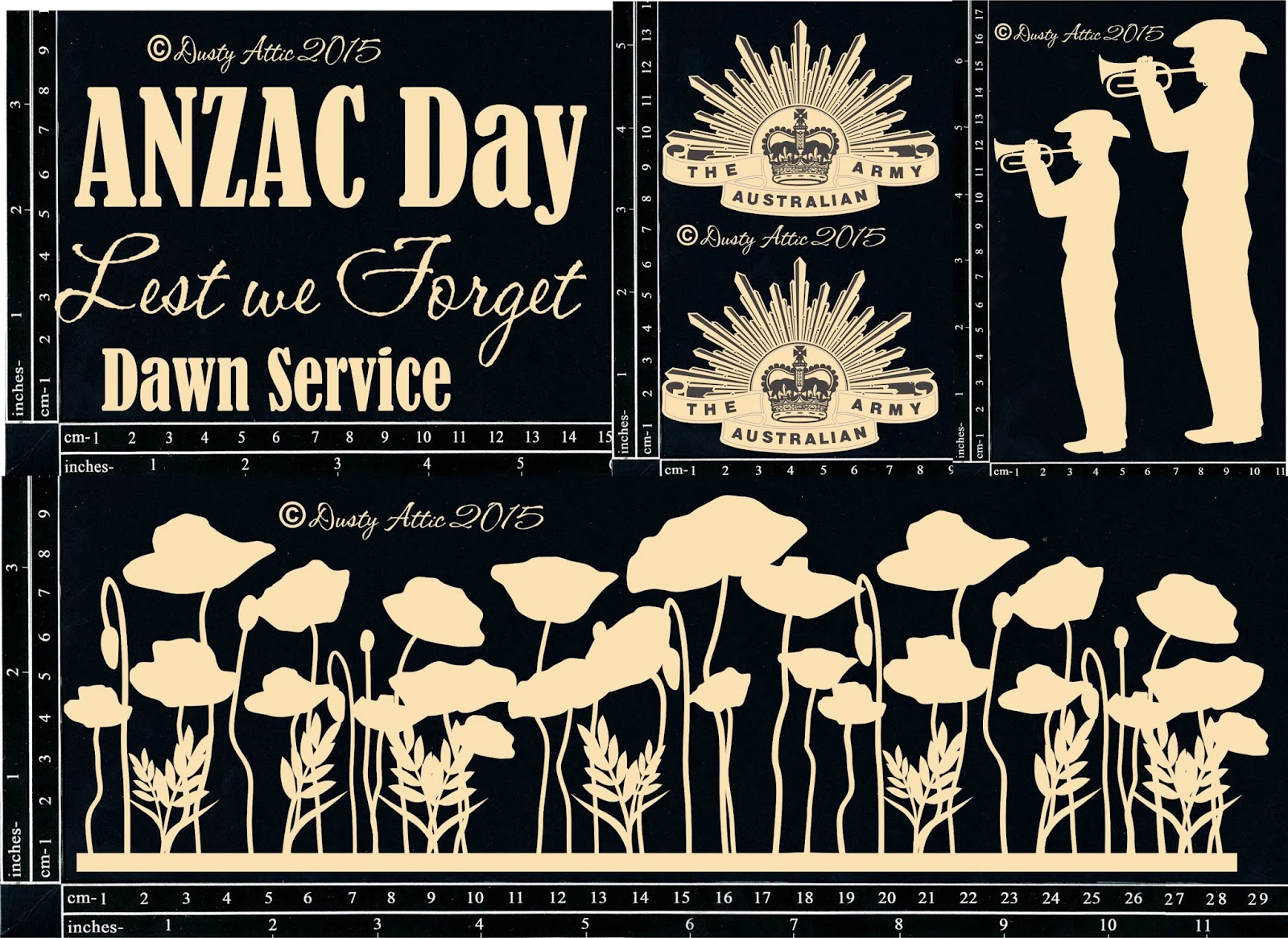