Anat here and today it’s my turn  on Dusty Attic’s blog.
I would like to share with you my new project I made using lots of gorgeous Dusty Attic products.

As you probably noticed I loved Rust and Industrial/Steampunk style! I also  adore altering different objects… so this time I decided to alter a Photo Frame  in a way it can actually be  used as home decor holding  a Lovely picture of your Family, the  couple or yourself!

Together with the fabulous Dusty Attic chipboards I have used Finnabair mediums and a few metal elements.
My idea was to make it look like a metal Frame with a lot of Rust. I will detail below how I treated the elements and Frame. 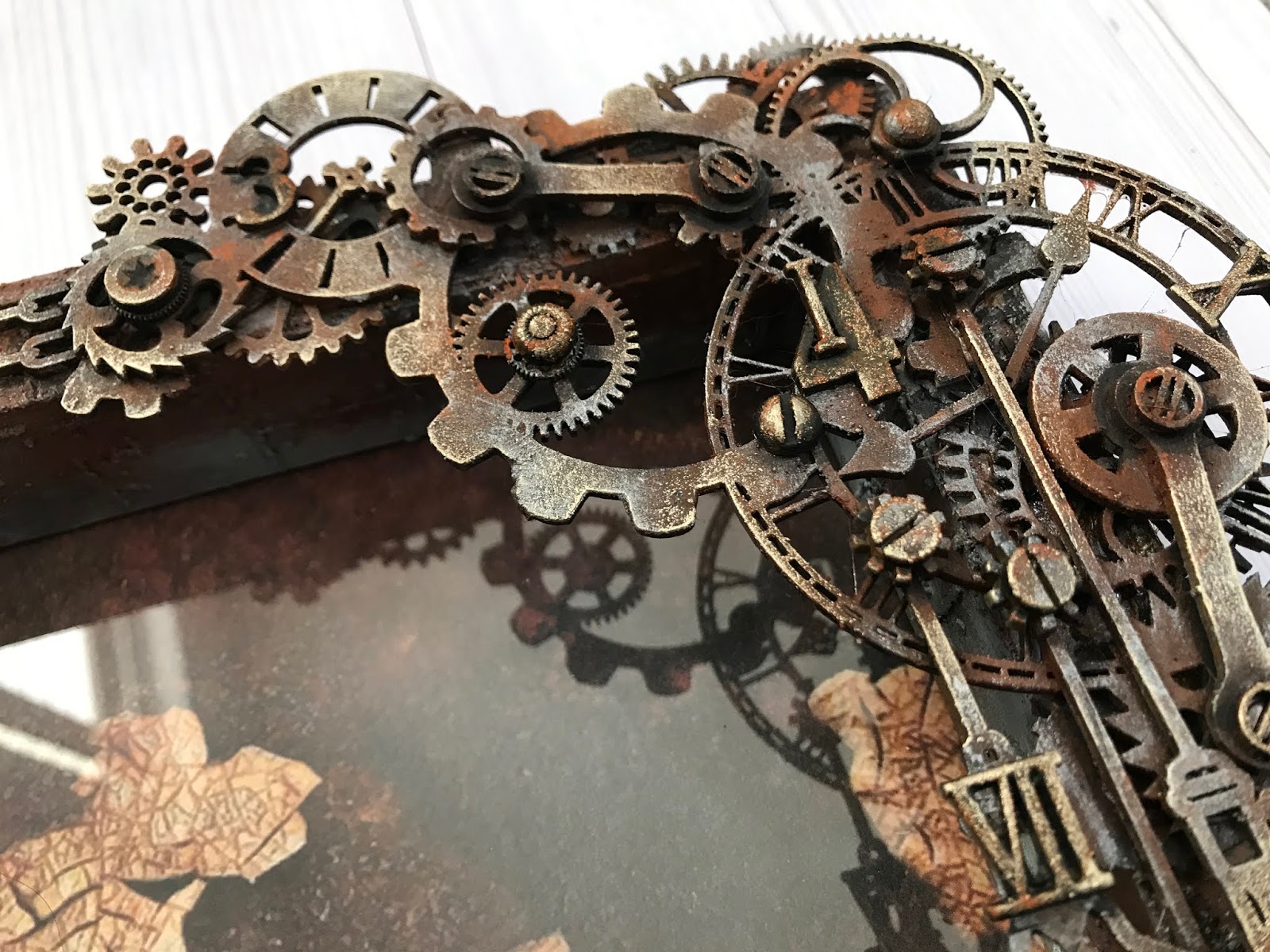 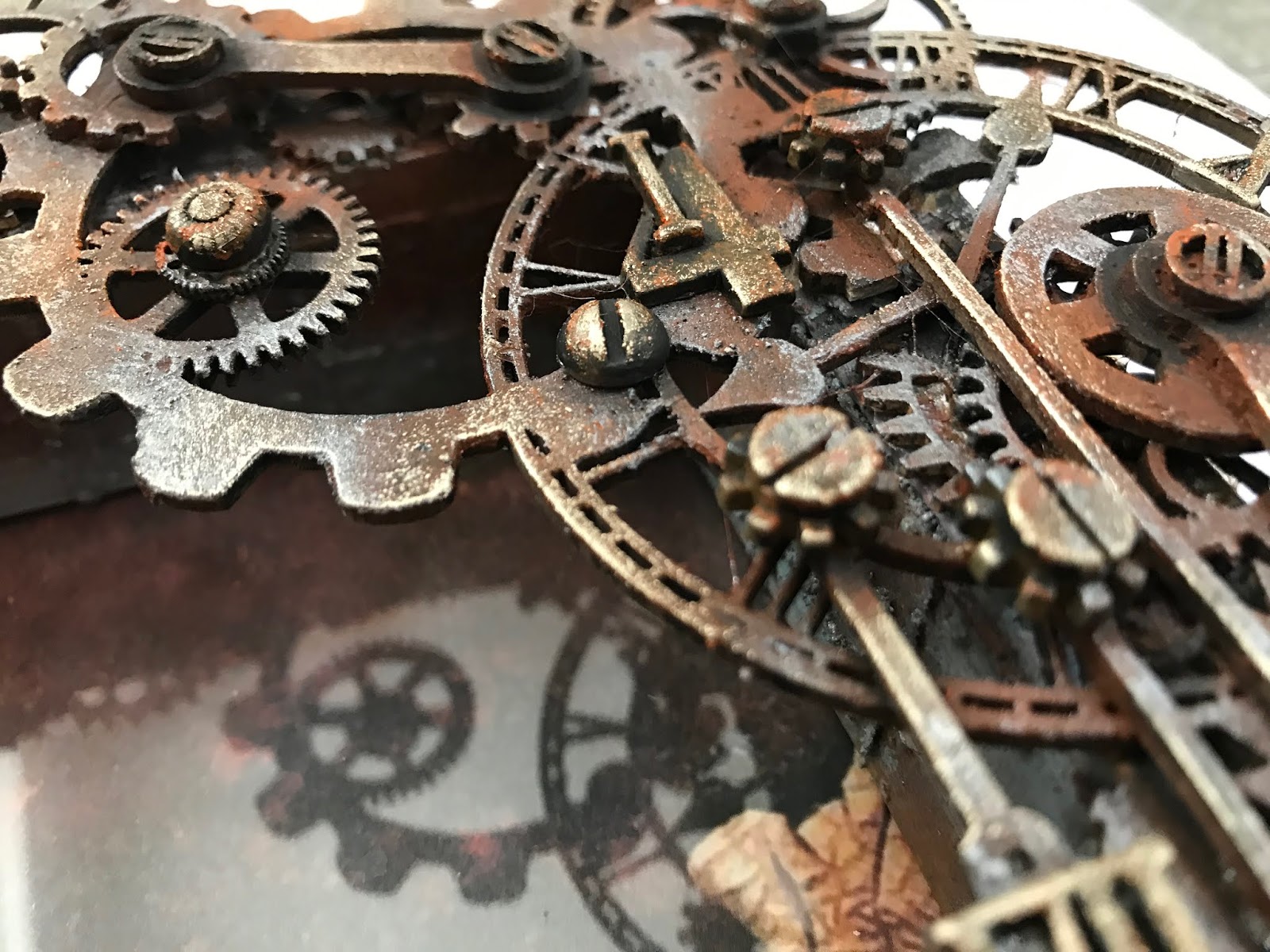 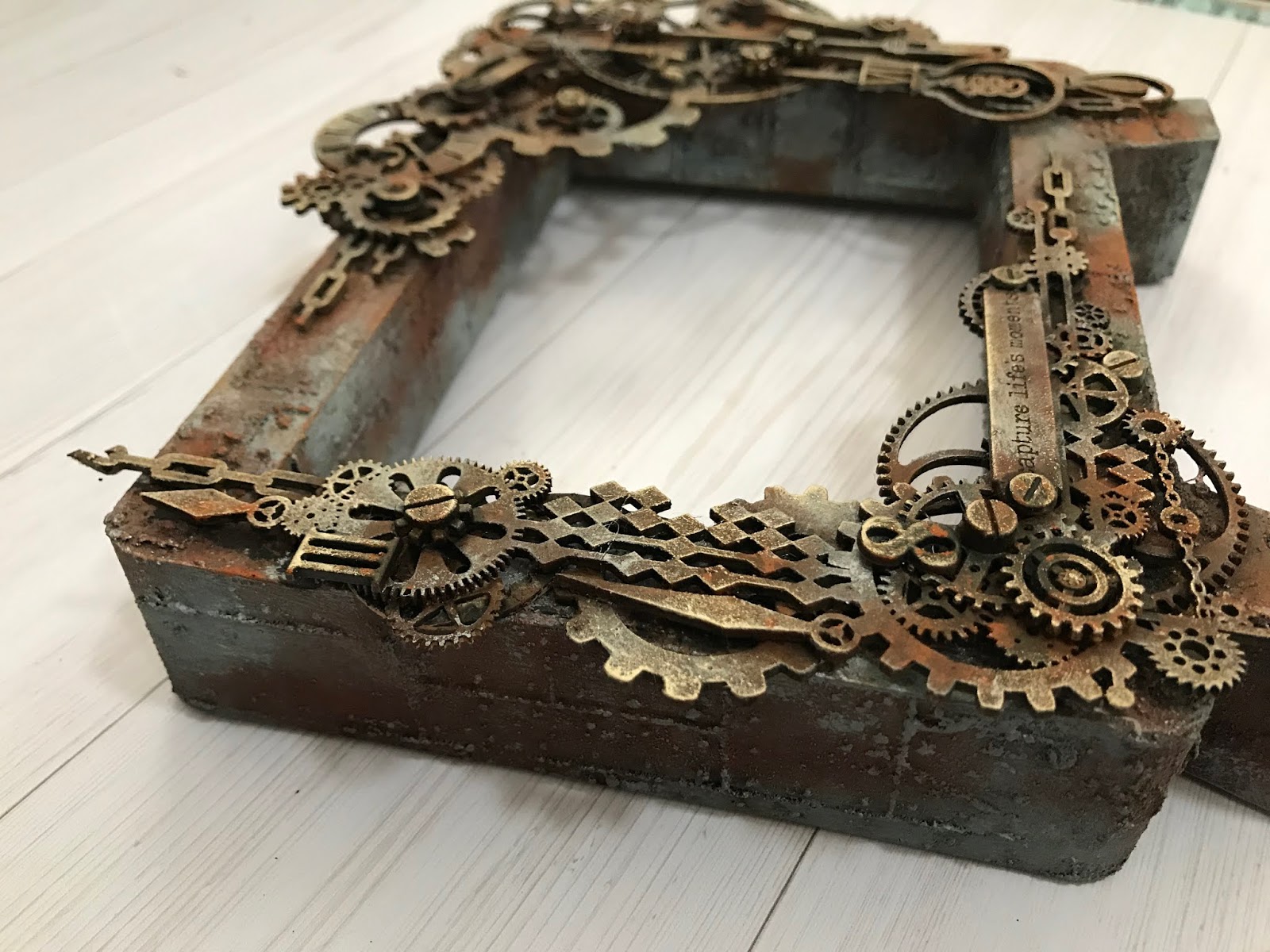 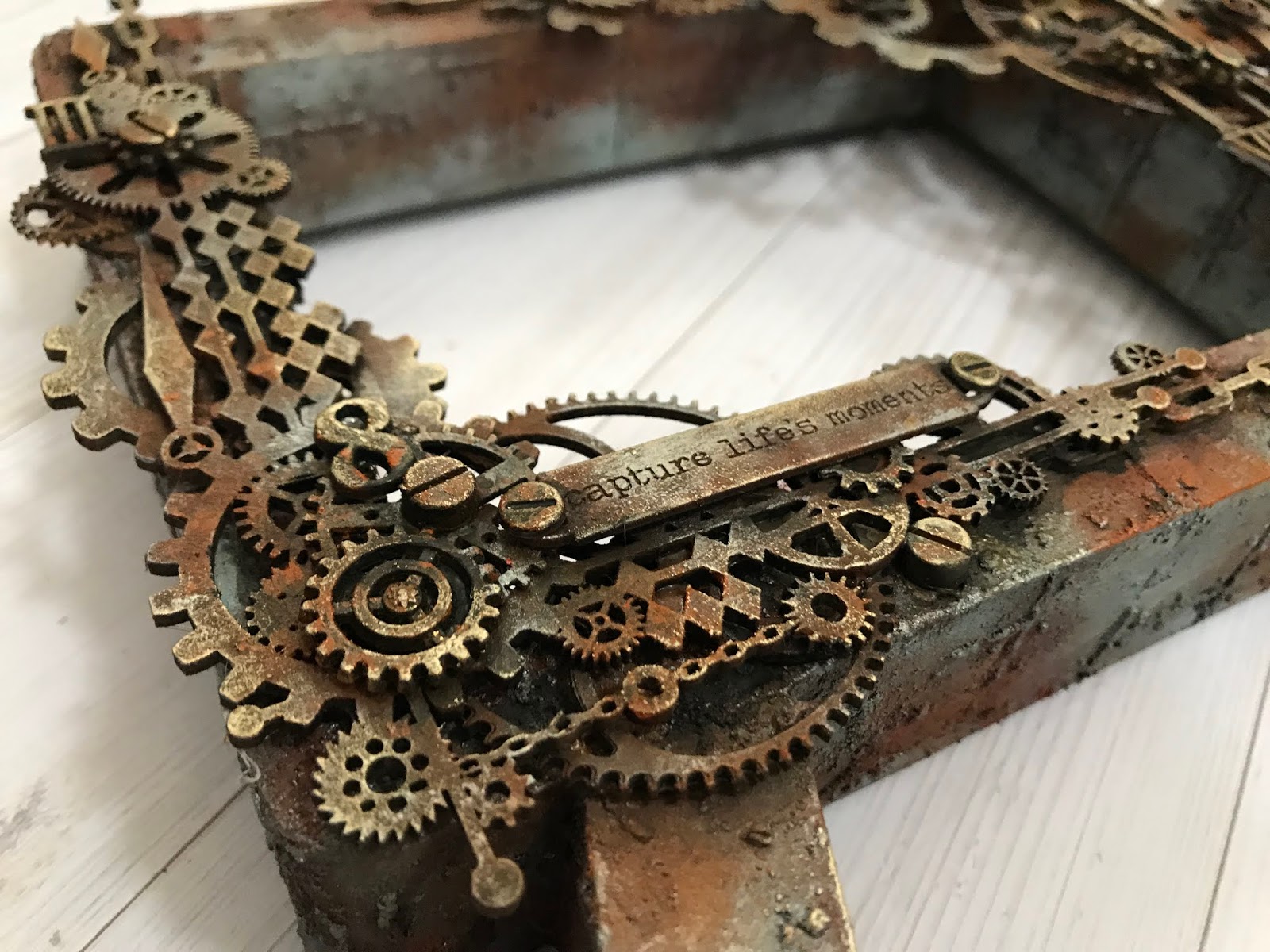 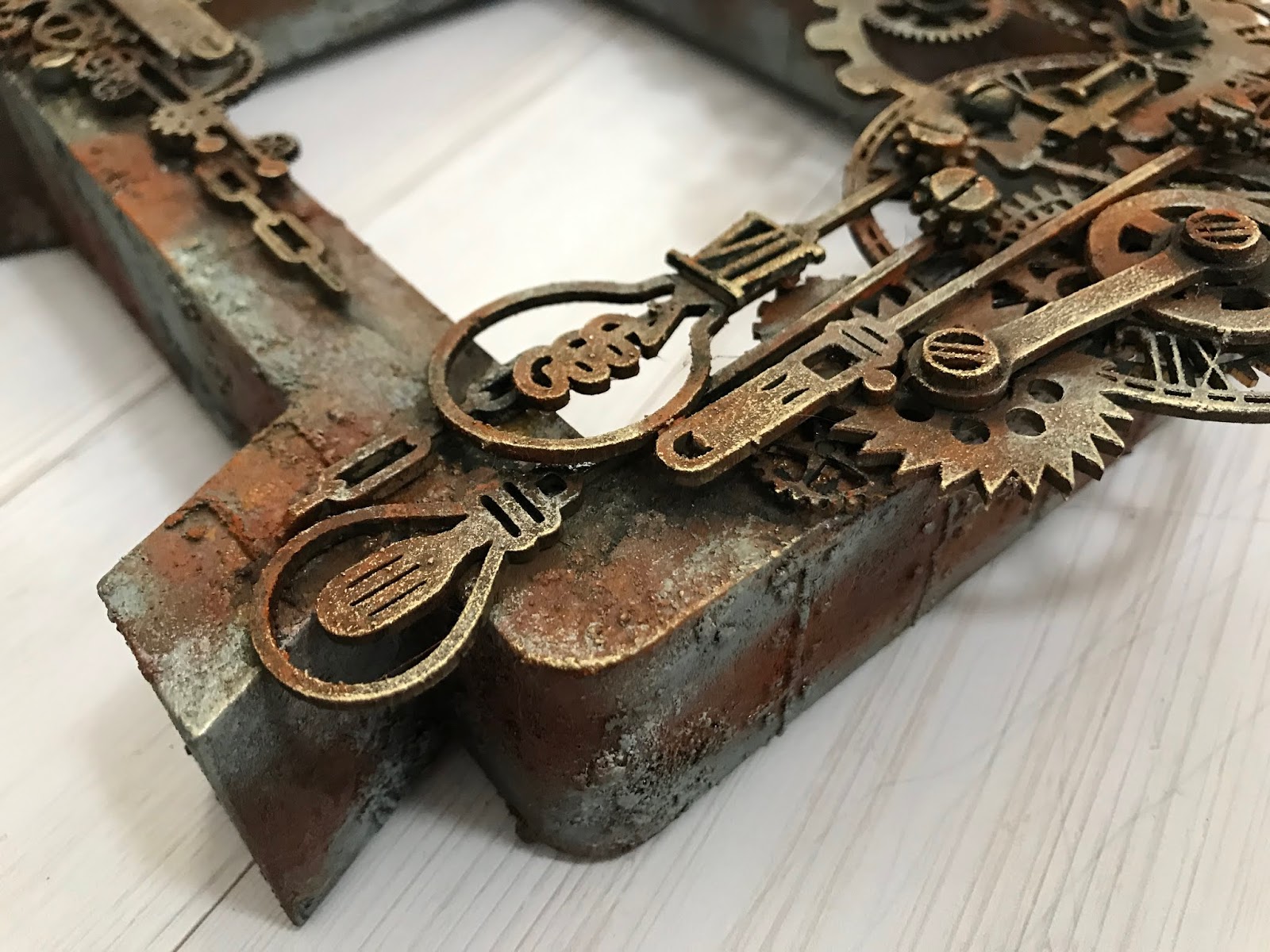 The Frame was first covered with Black Gesso, then added texture with the beautiful Dusty Attic’s Metal Plate stencil and Finnabair Paper Paste. after drying I covered it with Black Gesso. 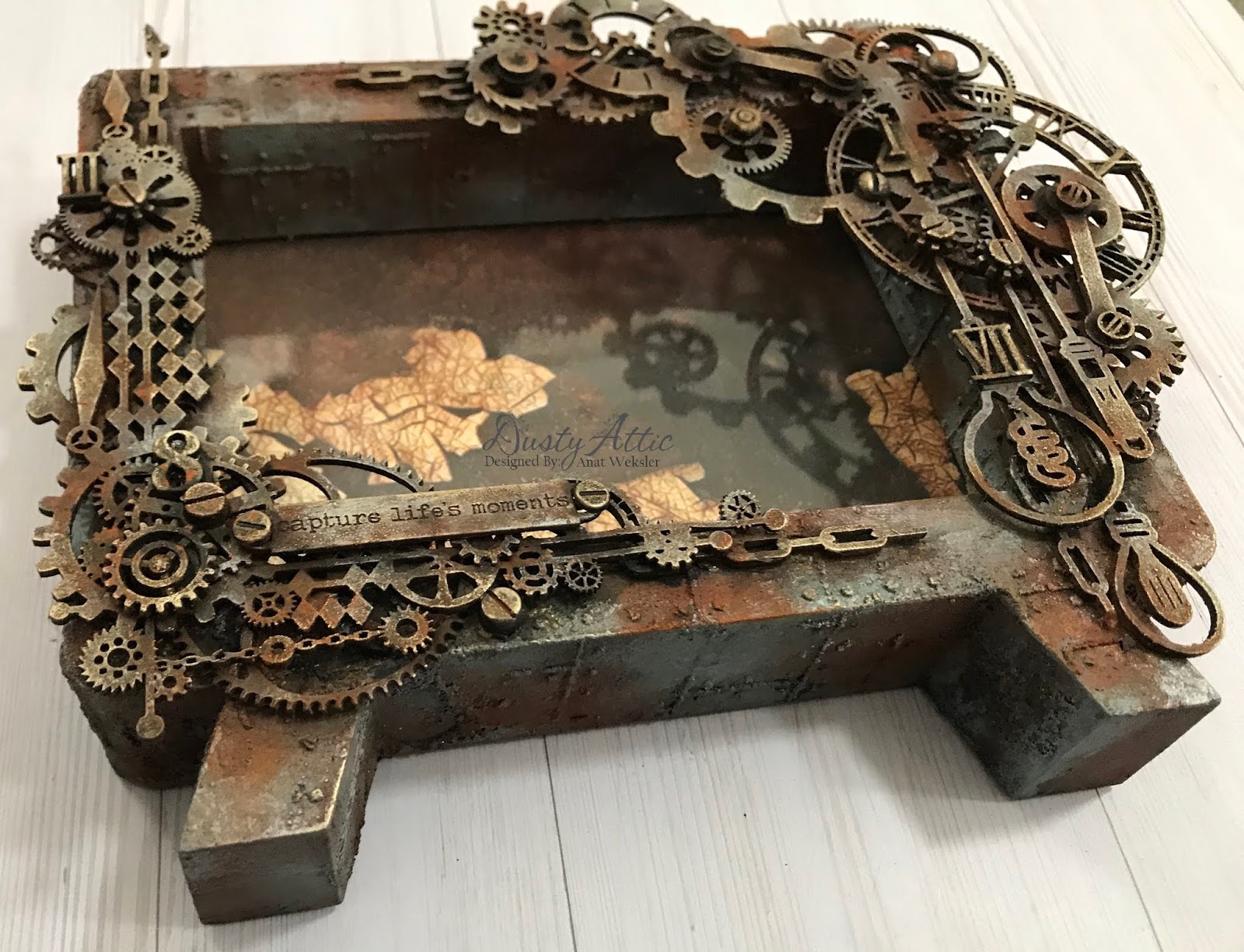 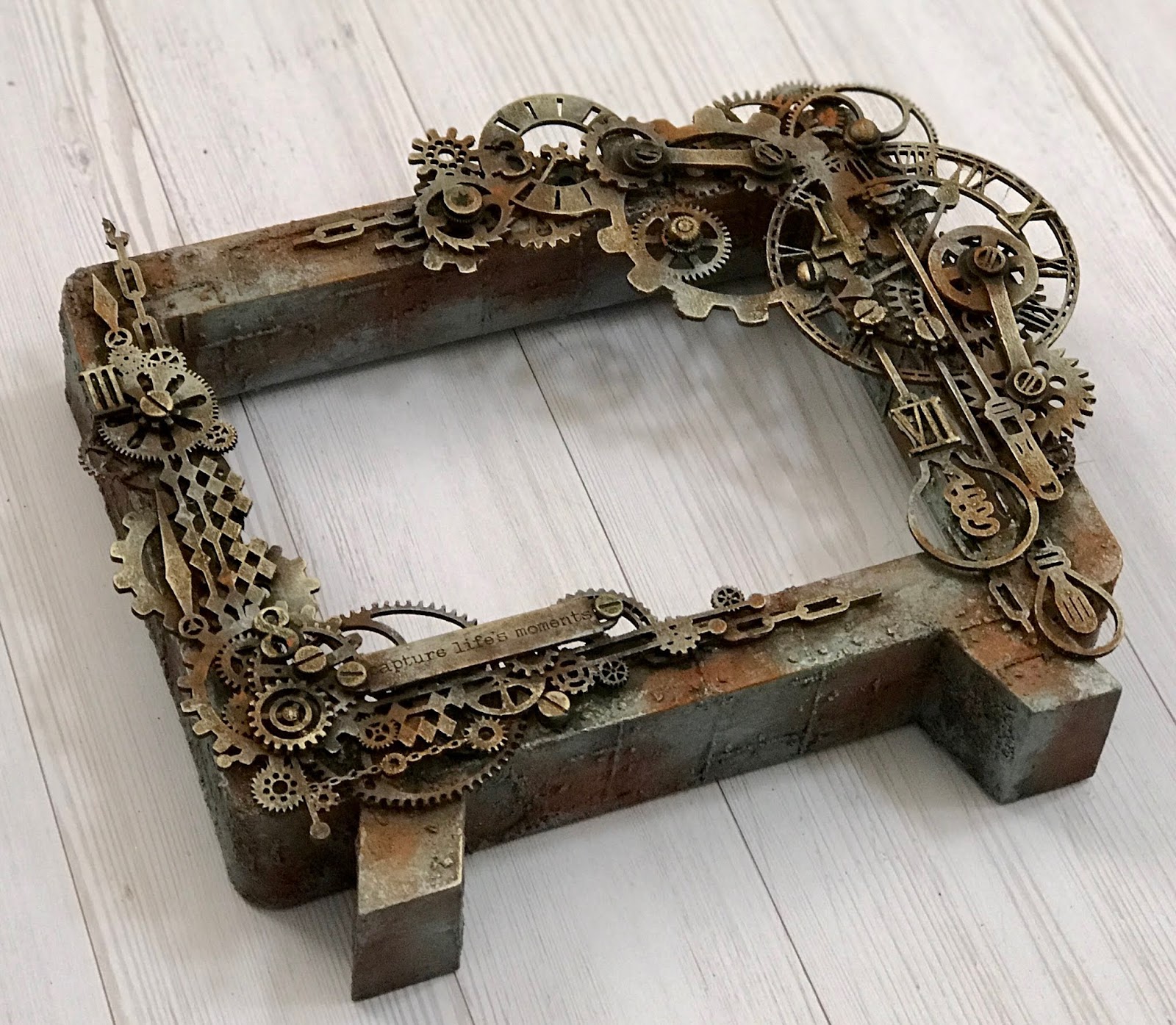 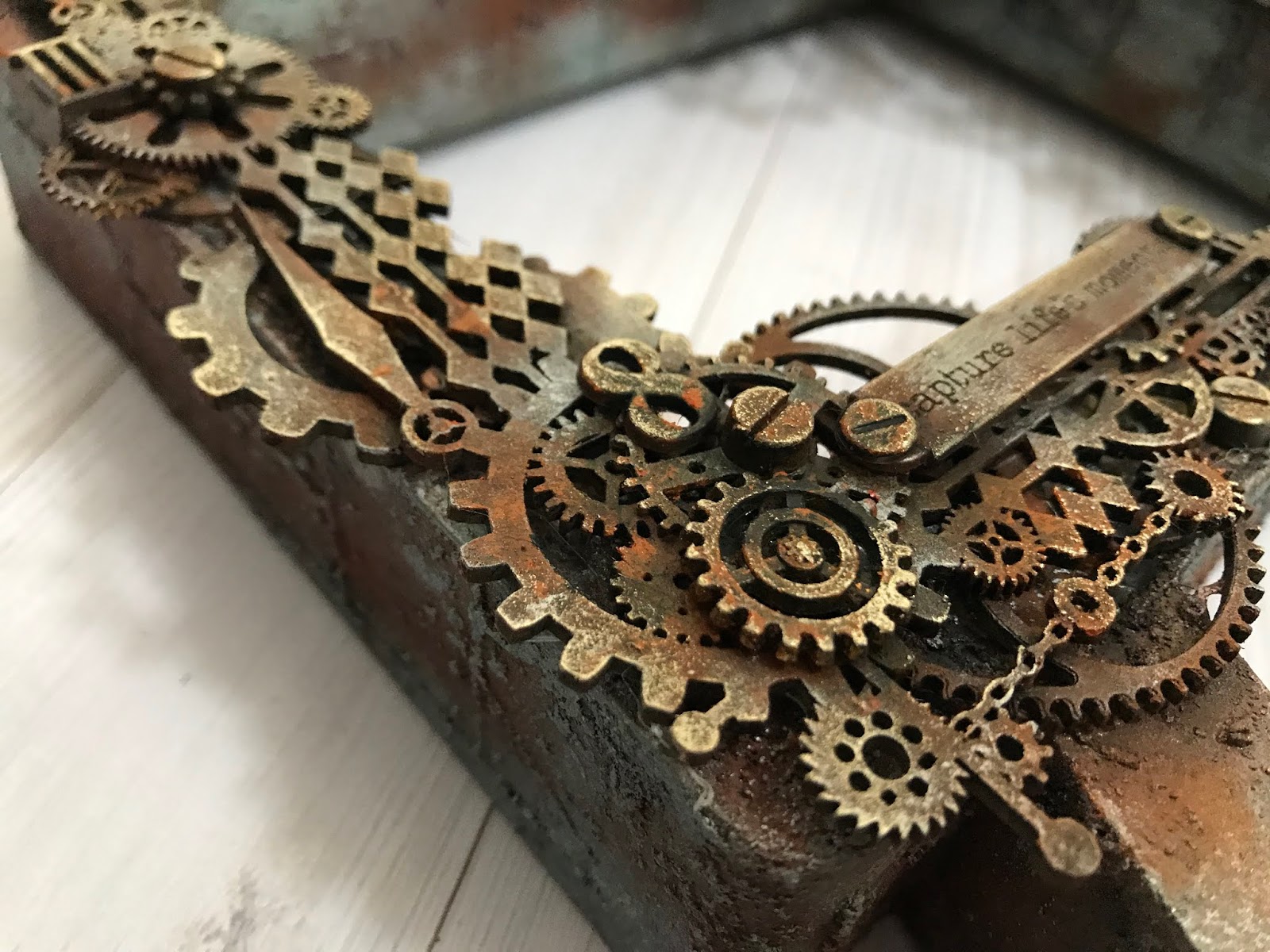 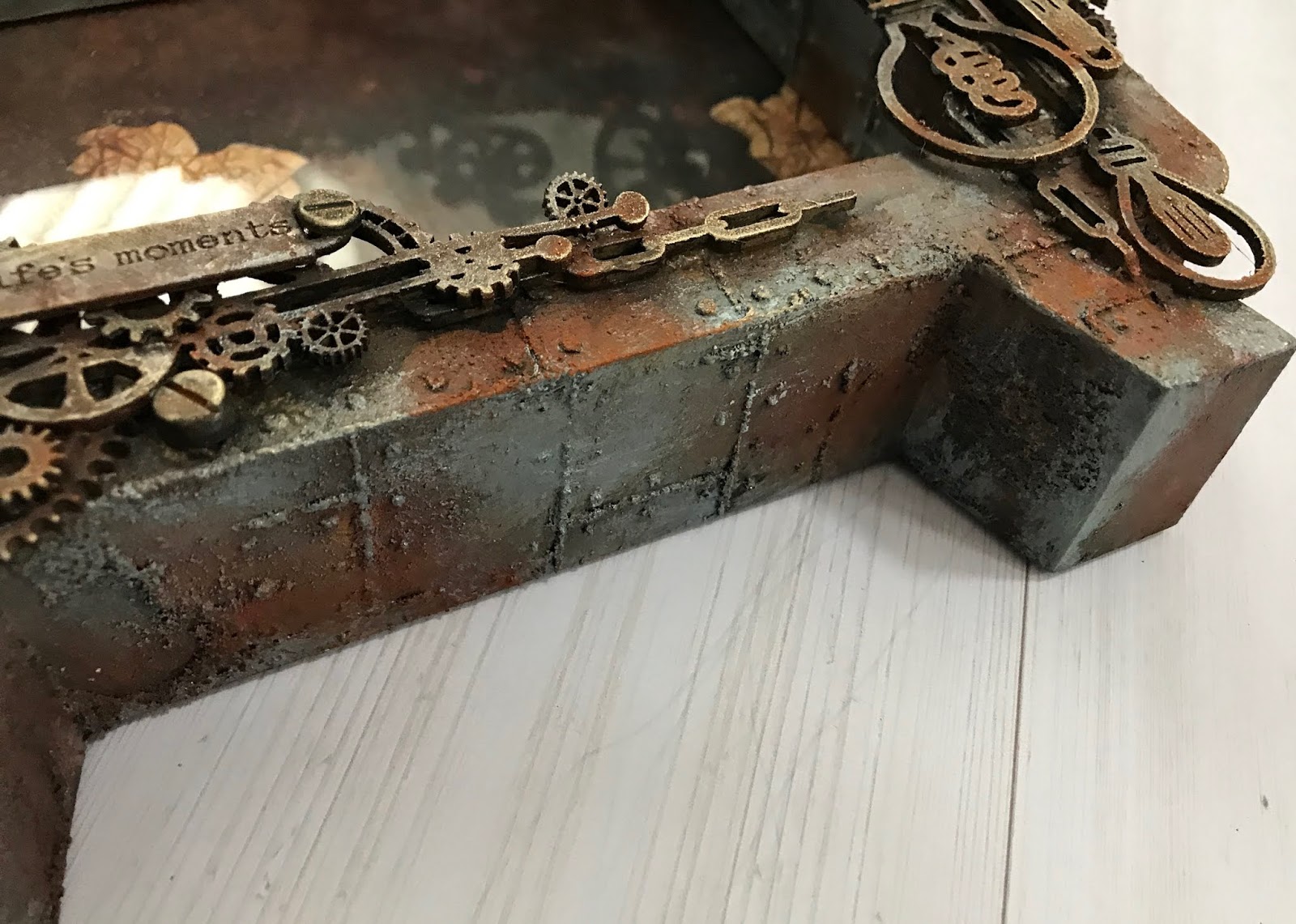 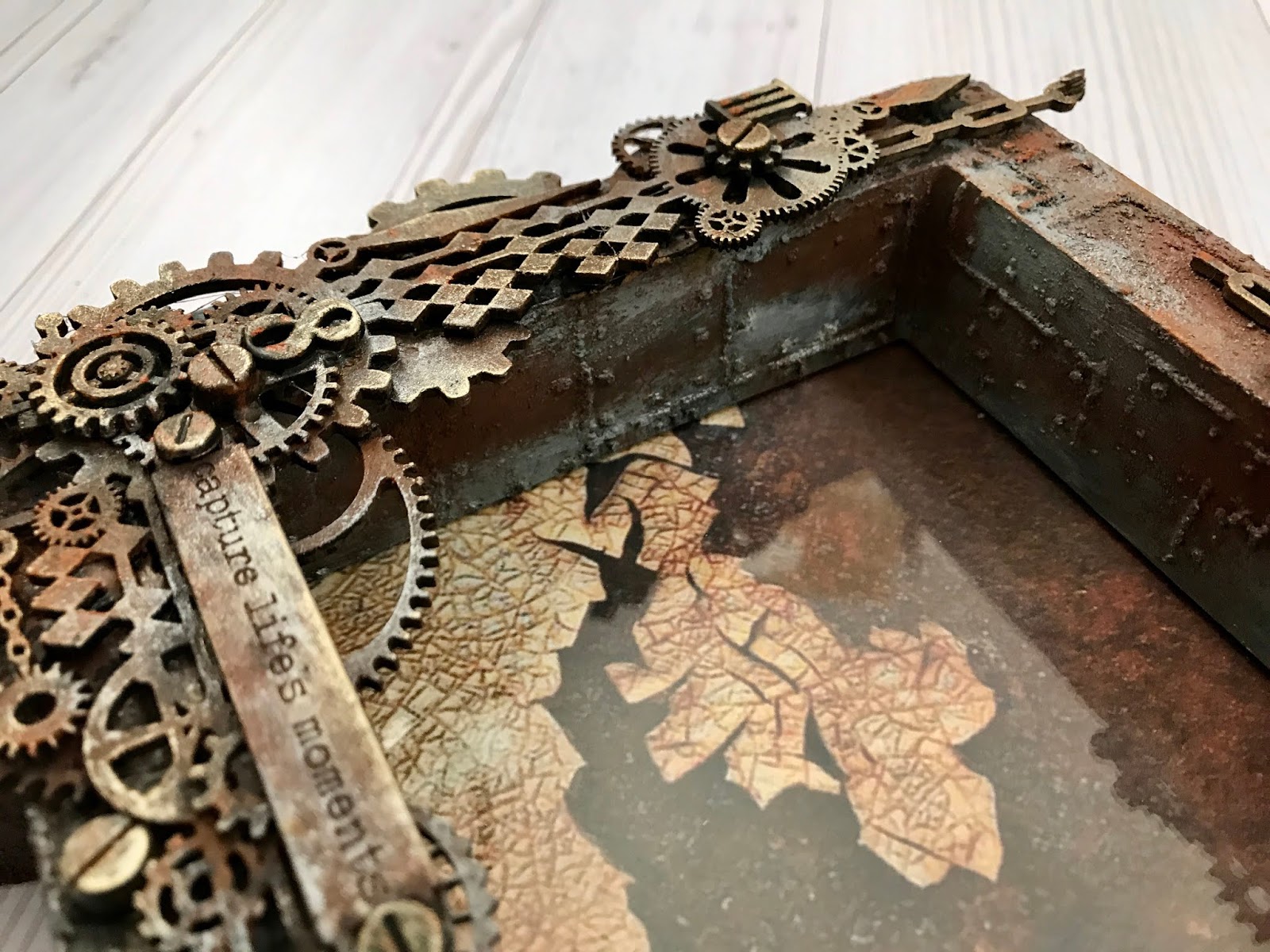 Thank you for stopping by!!
xoxo 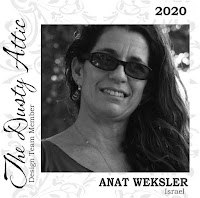